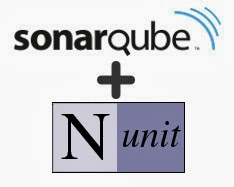 UPDATE 2/1/2014: After I wrote this initial posting, the team at SonarSource who oversee SonarQube and the .NET plugins replied to me saying they have changed their mind on the need for this plugin, and on Unit Test reporting in general. Going forward, SonarQube will not be reporting unit test results, focusing only on coverage details. As such, this plugin is effectively dead. I do not plan on continuing any work on it at this time.

I've made some decent progress with a new SonarQube plugin, intended to be part of the community "C# Ecosystem" plugin package, which I'm calling the "sonar.dotnet.tests" plugin. The intent of this plugin is to support direct parsing of unit testing/coverage tools' reports instead of relying on Gallio, as the current ecosystem plugins do. The first (and currently only) supported framework is NUnit, allowing you to directly import NUnit test results into SonarQube without going through Gallio (see SONARDOTNT-372).

If you're interested in taking a look at my work in-progress, you can find my code in the "dotnet-tests-plugin" branch of my GitHub clone of the dotnet repository. Note: I have multiple branches in my repo, so make sure you're looking at the "dotnet-tests-plugin" branch. There is not currently a publicly hosted build of the plugin, so if you want to try it out, you'll need to build it (and the other dotnet plugins in the same repo) yourself.

For the NUnit parsing, the following properties need to be defined in the project.properties file (or equivalent) : 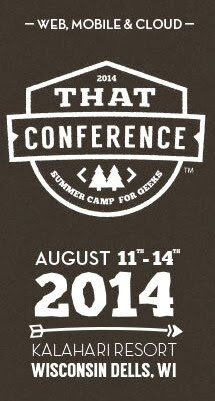 As I mentioned, I will be setting this aside for several months as I will be spending my "side project time" working with the That Conference organizers team for That Conference 2014. I would appreciate anyone who could review things as they currently stand and provide any feedback, particularly from the current dotnet plugin maintainers and SourceSource crew.

This entry was posted in Tools , Code Analysis , SonarQube .